In a physical battle that went down to the wire, LDLC ASVEL Villeurbanne kept its great momentum going in the Turkish Airlines EuroLeague Regular Season by downing FC Barcelona 69-76 at Palau Blaugrana. ASVEL improved to 12-14 and is now on a six-game winning streak, its longest in the competition. Meanwhile, Barcelona dropped to 18-8 but still leads the standings.

ABOUT EUROLEAGUE BASKETBALL
Euroleague Basketball (EB) is a global leader in the sports and entertainment business, devoted to running the top European competitions of professional basketball clubs under a unique and innovative organizational model. Owned and administered by some of the most successful and historic clubs in the world, EB manages and organizes the continent’s two premier men’s basketball competitions, the Turkish Airlines EuroLeague and the 7DAYS EuroCup, as well as the sport’s premier under-18 showcase, the EB Adidas Next Generation Tournament.
The EB competitions bring the elite of European basketball to all five continents and to the entire sports community through the OTT platform EuroLeague TV. EB also organizes a series of community and educational programs. Its ground-breaking corporate social responsibility program One Team features all EB clubs that have already made a difference in the lives of over 22,000 participants. Its Sports Business MBA trains future professionals in sports management.
About One Team
One Team, Euroleague Basketball's corporate social responsibility (CSR) program, supported by Turkish Airlines as the One Team Founding Patron and with the collaboration of Special Olympics as Proud Partner, uses basketball to achieve real social impact in our communities. With an innovative model of interconnectedness across an entire continent, Euroleague Basketball and its clubs have developed a complete CSR program that brings together activities from each team in an integrated, impactful way, working under the theme of "community integration". Each participating club develops a specific One Team project tailored to its own community needs to benefit groups in danger of exclusion due to problems such as substance abuse and gender, physical or intellectual disability. Since its founding in 2012, the One Team program has reached already directly and indirectly more than 22,000 participants through its various team projects.

Serkan KILIC Il y a mois
İ am sure all barca players bet on asvel and win big :) otherwise impossibe win this is

Caglar Demir Il y a mois
Barça has most budget and huge oriantetion. Gasol was Come back, mirotic is still play also other players re so high lavel. What do you want! I throught that barça will lost. Probably efes and milano will play great final.

z a Il y a mois
I sympathize more for colored people since they were exploited for centuries. go Africa

Tom Drt Il y a mois
asvel great team i saw the game yestrday and i enjoey every mintue of what i saw. i am a macbi fan i whish my team play like asvel but we look very bad . zizic bander and all the other sigins very bad

ronaldi messo Il y a mois
With this high budget, you lost the Asvel in your home. It is not something acceptable. If they continue to play like that they might not reach even to the Final.

Tom Drt Il y a mois
you see macbi this year the lose something like 7 games to teams there buget is 20 % or 40% of macbi for example bayren . its happend somtimes and its ok barca great tream with great money from the sister in the soocer😂

Olivier Stephen Il y a mois
it doesn' make any sense.all european teams are teams of mercenaries coming from everywhere. there is no local or national identity any more...it is very sad indeed. i prefer the australian league.at least they take care of their own youth, support them and let them play and they perform pretty well on an international scale.

Mehmet Evlice Il y a mois
The key of winning Barça: play just like them. Fast points.play with many shouters same time .and 3point shouters .EFES ,ASWEL and MİLANO are examples of this theory.

Mehmet Ali Akçayır Il y a mois
i am happy for asvel.DeserveD

Suclu Ofkeli Il y a mois
İt will never happen with these refrees. I'm not saying this just for my team. Euroleague support some teams. İn my opinion we have to leave Euroleague and join another league and then I'm sure that some of teams also will leave.

Black7 Il y a mois
its scary for me as a zalgiris fan when Asvel beats Barca bcs next game for Zalgiris is with Asvel :(((( Congrats Asvel

wasti82 Il y a mois
@LukasS1000RR I beg your pardon? Please work on your English. And no, I'm not Russian. And no, wishing Asvel luck for their game against Zalgiris isn't moronic.

LukasS1000RR Il y a mois
@wasti82 Is all russian hates Žalgiris or its just you? You act like moron.

DimensionX Brokoviet Il y a mois
They are first, why would do that ? Wtf ????

Oriol Carol Il y a mois
A day to forget for Barça. It happens even to the best teams. We will come back stronger

manuel Schobloch Il y a mois
@Kraliçe Elizabetin Tohumu that is bs. Fener and Efes will both Finish atleast at 6... And Asvel is definitely not an easy opponent, they also destroyed Barca at home, and nie have ein 6 straight.

Kraliçe Elizabetin Tohumu Il y a mois
More like a disgraceful game. The moment CSKA and Barca realized their likelihood of matching with Fenerbahce/Efes on T16, both started to lose games in an interesting fashion. First Mike James misses 5 consecutive games after Fener's 6-0 run on "transfer rumors", now Barca loses to one of the worst teams in the league. Looks like they are keeping their options from seats 1-4 to chose a preferred matchup.

DimensionX Brokoviet Il y a mois
Thanks for Super Mario 🙏 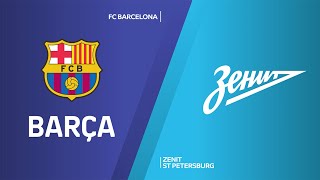 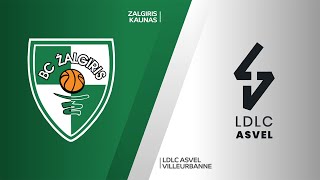 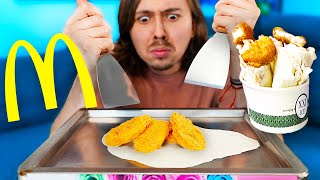 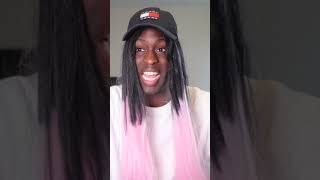 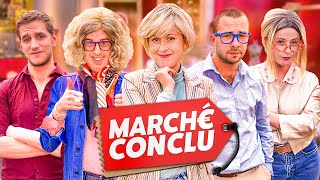